Paul Haggart 2017-02-14 06:25:45
AINU DANCE AND MUSIC EVENT Not to be missed Ainu dance and music event, come down and enjoy this special insight into Ainu culture at NISEKO JAPONICA 2017.   When: 19th, February 2017  Where: Niseko Chuo Warehouses (Next to JR Niseko Station) Cost: FREE ENTRY  Hokkaido was originally inhabited by Ainu people, the Ainu people’s unique culture has been inherited and passed down from generation to generation. Ainu descendants from the Iburi district on the eastern coast of Hokkaido, are coming to Niseko and will be staging a special dance and musical performance as part of the Niseko Japonica Event 2017.   Information about Niseko Japonica 2017 can be found on the following website (NISEKO JAPONICA 2017 : http://www.niseko-ta.jp/events/detail.php?id=7495 )  The Ainu group will also be conducting a workshop where attendants can try on traditional Ainu costumes and take photos and learn how to play the “Mukkuri”. Jomon-style accessories, and participate in fun quizzes and a prize draw.  Don’t miss this rare opportunity to get in touch with the Ainu culture here in Niseko. 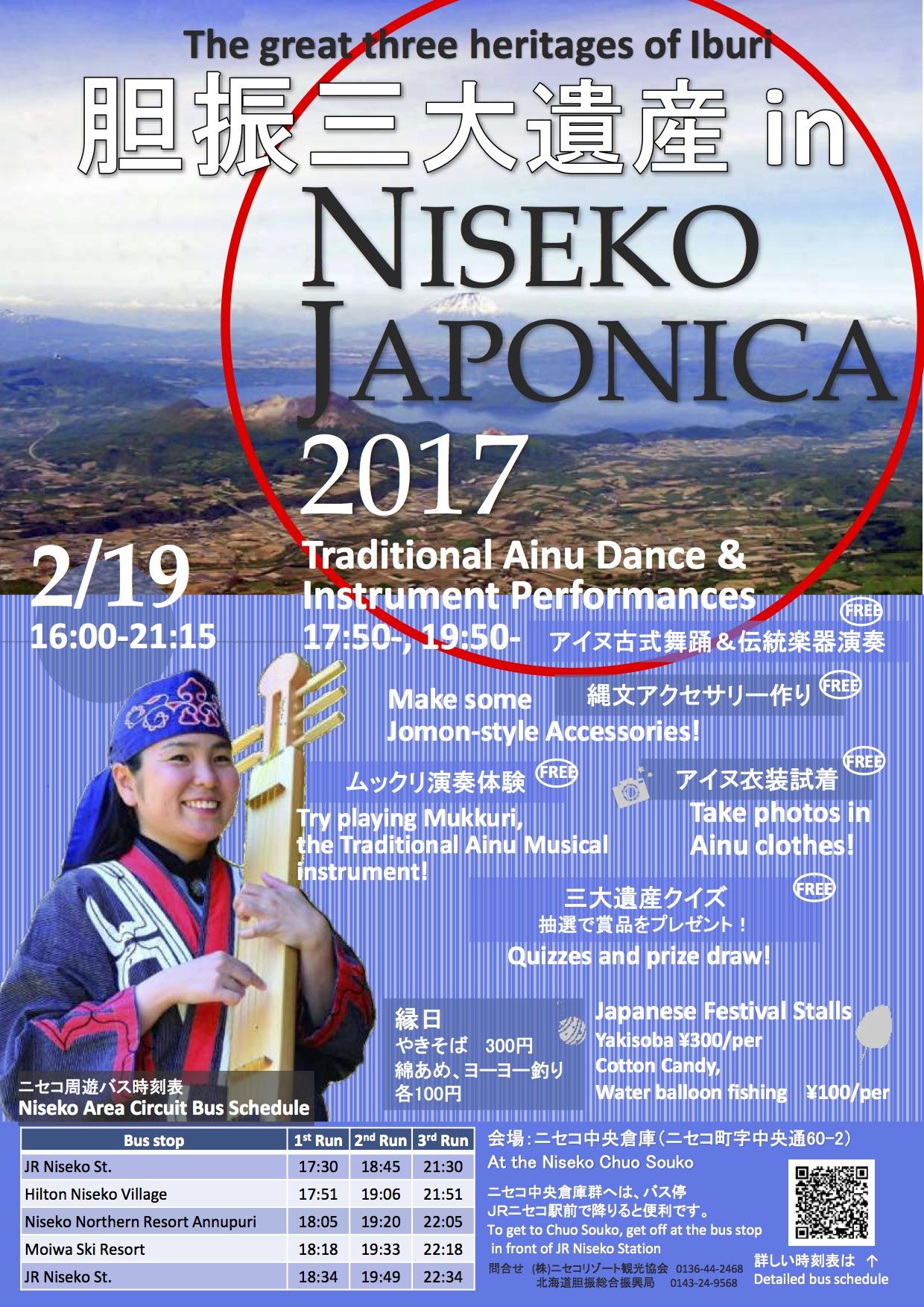